Meet the Command Staff for the West Covina Police Department. 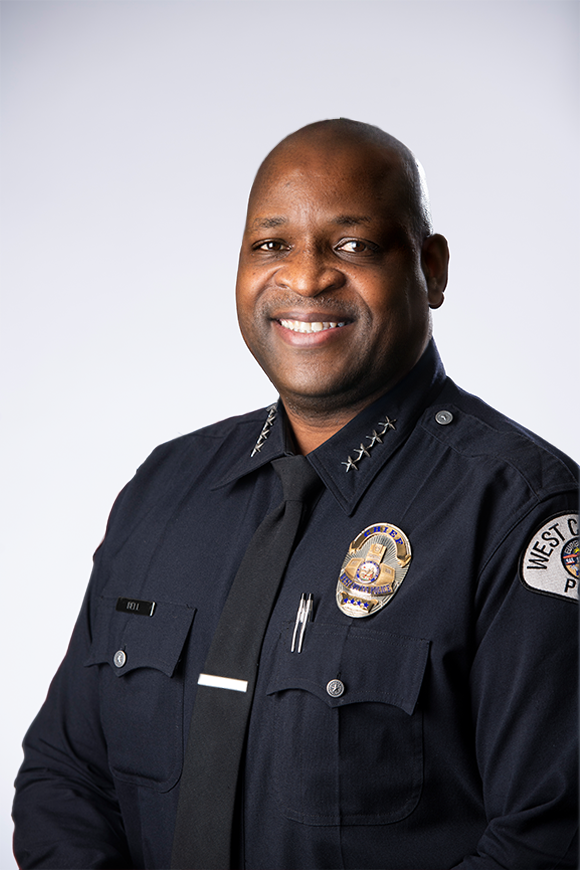 As a police officer, and later as a corporal, Richard served as a school resource officer, explorer advisor, and field training officer.  In 2004, he was assigned to the detective bureau, first serving as the grand theft auto detective and later as a miscellaneous crimes against persons detective.

Chief Bell has a bachelor’s degree in communication from the University of Nebraska where he played college football. Richard also played professional football for the Pittsburgh Steelers and Kansas City Chiefs. 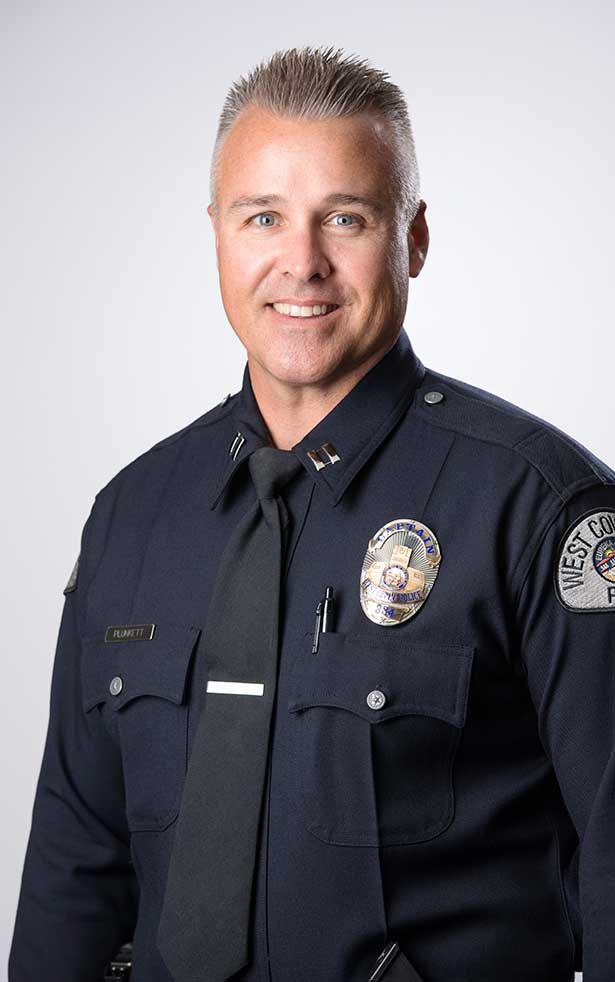 Ken Plunkett was born and raised in the City of West Covina. He grew up playing baseball and soccer at Walmerado Park and graduated from West Covina High School. Ken served as a West Covina Fire Explorer and was hired as an auxiliary firefighter with the West Covina Fire Department after graduating from the Mt. SAC Fire Academy. Ken began his law enforcement career when he was hired by the Los Angeles Police Department in 1998. After graduating top of his academy class, Ken was assigned to the Hollywood Division, working patrol and the bike detail, and later assigned to the Van Nuys Division.

Ken was hired by the West Covina Police Department in 2000 and as an officer worked patrol, as a gang investigator for the department’s Special Enforcement Team (SET), as a member of the Graffiti Abatement Team (GAT), and was selected as a member of the SWAT team. Upon being promoted to the rank of corporal, Ken served as a field training officer (FTO), was selected to serve the department’s Special Enforcement Team as a gang detective and narcotics team corporal. As a sergeant, Ken worked patrol as well as supervised the major narcotics team.

Upon being promoted to the rank of lieutenant, Ken served as a watch commander, was assigned a service area command, and was selected to oversee the Department’s jail and field training officer (FTO) program. Lieutenant Plunkett also served in the Investigative and Support Services Division as the administrative lieutenant.

Tony Cortina started his career as a police officer with the San Marino Police Department in 1997. In 1999, he lateraled to the West Covina Police Department. As an officer, he worked patrol, became a police K9 handler, and worked as a detective with the Department’s Special Enforcement Team (SET). Soon after, Tony was promoted to the rank of corporal and became a field training officer (FTO) and eventually was assigned as the Department’s training manager, responsible for department-wide training.

Tony was then promoted to the rank of sergeant. As a sergeant, Tony worked patrol, supervised the major narcotics unit, detective bureau, and the professional standards unit. Tony was also assigned to be the chief’s adjunct.

During his career, Tony served 19 years on SWAT (8 years as a team leader), was a defensive tactics instructor for 24 years, and has taught defensive tactics and use of force, not only within the Department but also nationally and internationally. Tony also holds several black belt rankings in various martial arts and has been inducted into two martial arts hall of fame organizations. Tony was a recipient of the Department Bronze Star and other several meritorious citations.

Captain Tony Cortina has a bachelor’s degree in organizational leadership from Penn State University and has completed his master’s degree in law enforcement and public safety leadership from the University of San Diego. He is also the recipient of the FBI-LEEDA Trilogy Award, he is a California Office of Emergency Services (OES) state-certified emergency management specialist and a graduate of the POST Supervisory Leadership Institute.